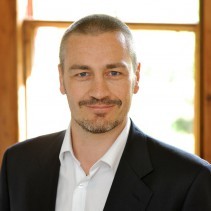 Shane and Nigel both are in charge of driving new business revenue into their organisation.  Yet both operate in different ways.  Here we take a look at the differences, which will help you determine the culture and behaviours around pipeline that are right for your organisation.

Shane Lewis is a Sales Manager who regards himself as “old school”.  In Shane’s simplistic view of sales, the following rules apply:

Is Shane “right” in his approach?  Maybe – for this group, this company and this culture.  It’s worth keeping perspective:  the world of selling has as much variation as life itself  – different languages, approaches, results, looks, feels and processes.  The very real challenge for Shane is that he is only ever going to attract and retain the same type of sales person, who is similarly respectful of what a process, a set of numbers, tells them.  For every person like this, there are many who won’t be motivated by Shane’s view of the world.  Shane doesn’t care for people who don’t like his “pipeline or else” approach…yet.  He might have to change his approach as a new breed of sales person might question the approach, or if the business model changes from transactional to solution-based, for example.

Now let’s talk about Julian.  Julian is a Business Director at a web agency.  He has a list of deals likely to drop in the next 6 weeks, but doesn’t chase his Designers and Account Managers for updates.  He trusts that they will do the right thing.  Each Monday they do a Work in Progress meeting, and there is a new business bit bolted on where he asks whether anyone is pitching, or if anyone is going to get any deals in this week.  That lasts 20 seconds.

As a result, Julian never really knows what is likely to happen beyond his gut feel and notepad.  His people never feel pressured to sell, and as a result there is no “referred pressure” from the sales team on to customers.  The upside?  People feel creative, and happy that they are not in a “hard sales” culture.  The downside?  People feel that they spend a lot of time answering enquiries that don’t turn into new business revenue.

There isn’t a lot of efficiency around selling, which creates some real problems for cash flow.  Numbers can often fluctuate too.

These are two extremes of pipeline use.  In the first example, pipe is everything.  In the second, it’s nearly nothing.

Your organisation probably fits in somewhere between the philosophies of Shane and Julian.  There will be a happy medium for most organisations who can use pipe in an intelligent way to accurately predict the future, without quashing creativity or making the organisation an unpleasant place to work for “non-salespeople”.