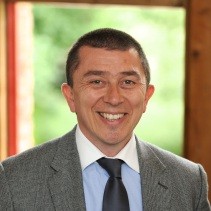 There are people who like Ryanair boss Michael O’Leary. And there are plenty who don’t.

Regardless of how he operates, I do admire the way he communicates.

O’Leary pulls no punches. He wastes no words. His carefully prepared media statements are well considered. He never deviates from what he believes in.

Ryanair has recently announced that they will be operating their first domestic service from Cork to Dublin.

This news has the potential to cause more than a few sleepless nights at Aer Arann, currently the only other airline provider between the two cities.

But watch the way O’Leary communicates the change to the press – at once announcing, and diffusing what could be a tricky political situation:

“It’s the first time we are going to have a low-fares airline on a domestic route. Prices will start on Cork-Dublin at €1, and with taxes and charges – that’s about half the price being charged by Aer Arann.”

“But Aer Arann still have eight flights a day, they have a better frequency than we have, they have later evening time departure, they offer a businessy type service which we don’t do. We will not be coming down here looking for Aer Arann’s passengers.”

“Frankly, at our prices we’re going to get a whole new group of passengers who presently can’t afford to fly Aer Arann. The one (sic) who really need (to) be quaking in their boots today are the train services because they’re really going to be screwed.”

Looking at this statement from a “behind the scenes” sense, you can really see what O’Leary is up to:

Par 2: Soothe my angry acquaintances at Aer Arann and my potential customers who think I’m destroying the local carrier.

Par 3: Target a 3rd party who both Ryanair and Aer Arann care little for.

I’m not sure whether O’Leary actually writes his own stuff. I would say that he probably does, and it might be cleaned up by his PR agency.

But the point is he has turned what could be a major dispute between airlines into something much more palatable for business observers, the public and his competition.