The Winning Ways of a Great Leader – Sir Alex Ferguson 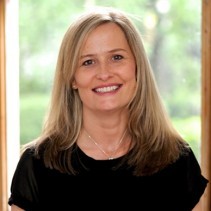 This is a wonderful article posted by Michael Moritz, Chairman of Sequoia Capital. I hope you enjoy it as much as I did:

When Sir Alex Ferguson waved to the crowd at a stadium just outside Birmingham (U.K.) this Sunday, he was ostensibly saying goodbye to the most distinguished coaching career in the history of professional soccer, but in reality he was bringing down the curtain on one of the great displays of leadership in the past quarter of a century.

Alex Ferguson took over the role of Manager of Manchester United when Ronald Reagan was in the White House, Margaret Thatcher lived at 10 Downing Street, Deng Xiaoping was undoing the calamity of the Cultural Revolution and Cristiano Ronaldo was just starting to cut his teeth. In the annals of American sports, Ferguson’s accomplishments dwarf those of Vince Lombardi who coached the Green Bay Packers for nine years and for longevity rival John Wooden who led the UCLA basketball team for 27 years. (In top-level American sports only Mike Krzyzewski’s run at Duke is longer.) Ferguson’s 27 year run at the helm outstrips Steve Jobs’ 14-year reign as CEO of Apple or Andy Grove’s 11 years as CEO tenure of Intel.

When it comes to business, Manchester United and, for that matter, every other high-profile soccer club, are tiny concerns. (Manchester United’s revenues are about one third of one percent of Apple’s). Yet the challenge of transforming a rotting entity (which was Manchester United’s condition in the mid 1980s) into a winning franchise that has lasted for more than two decades – especially under the phosphorous glare of the media – is a task accomplished by very few leaders of any sort of organization.

The performance of most soccer managers is closely correlated with the amount of money that team owners lavish on players. Most managers, just like people who “actively manage” mutual funds, don’t outperform their comparable indices. Not so with Ferguson who wracked up a record, accumulated over four decades, that for his fellow managers will seem like an unsurpassable bogey.

Ferguson arrived at Old Trafford, Manchester United’s home, after spending 30 years as a player and manager of three clubs in Scotland (East Stirlingshire, St Mirren and Aberdeen) where he began to display his mastery as a leader. In Manchester he inherited a team of dissolutes and a club that had not won a significant trophy in many years but he was also helped by the patience of the Club’s owners at the time who provided him leeway to rebuild – a stark contrast to most owners who shuffle Managers faster than a deck of cards. By the time Ferguson retired, Manchester United had won 38 pieces of what the British commentators so charmingly refer to as “silverware” – including 13 premier league titles, and two European championships – and the stadium had been expanded to accommodate over 76,000 fans.

Ferguson is part radical (he was a trade union leader in his younger days), longtime supporter of the Labour party (he was close to Tony Blair) but also has a deep belief in conservative virtues – application, hard work and loyalty. He says, “I’m a tough bugger but I’m a fair bugger,” and that he is. Raised in Govan, which at the time was one of the world’s great shipbuilding venues, his childhood was spent in a milieu, still marked by the strict rationing of World War II, outside toilets and no televisions or telephones. It’s far removed from today’s multi-racial Britain where every boy expects to own a pair of cleats and has a Facebook account.

Ferguson is a man of subtlety and charm (even though soccer referees and league officials with puffed-up feathers have frequently been on the receiving ends of explosive tirades). He is enormously curious, a wonderful raconteur (with a trove of stories drawn from a life spent with characters brimming with testosterone) and a man of great kindness. His interests extend far beyond soccer and encompass political history, British art (including the great mid-century painter, Stanley Spencer), wine (especially some of the more rarified French varietals) and the breeding of racehorses.

Like all great leaders, Ferguson has led an unbalanced life built upon an unquenchable desire to win. For him, everything revolved around soccer, which has become a year round activity. Daily practice, scouting missions, match preparations, romancing of young players (and their parents), negotiating with agents and sparring with the press (an increasingly tiresome task for Ferguson). In hotel rooms his television was always tuned to soccer and, no matter what he was doing, he was keeping an eye on a competitor. His winning ways came not from the match-day appearances but from studious application conducted far from public view. Consistent, relentless preparation was the foundation on which his record stands. It’s no coincidence that he had a special fondness for players who would put in extra time at practice.

Under Ferguson, Manchester United was an organization that spoke with one voice. It was a voice of authority, drawn from years of experience. In his case, it was expressed in a style of attacking soccer and a refusal to dwell on setbacks. Many of his victories came in the final minutes of nail-biting games with squads taught that nothing is impossible.

Though Ferguson made his share of big money signings, he knew that great organizations are built from within. It’s no accident that several of Manchester United’s best players of the last 20 years have been schooled within the club since they were in their early teens. Ferguson had a knack for improving and tuning these apprentices. The prime example is Ryan Giggs, signed at the age of 14, and still playing a quarter of a century later. For the youngster, Ferguson was The Guvn’r, the Boss, the Gaffer, the Paterfamilias and, for many players, the Father figure they never had. The approach at Manchester United stands in stark contrast to other clubs in the Premier League, where mega-stars have been assembled by the hasty application of oodles of money from Oligarchs or Emirs.

While Ferguson, like all great leaders a part-time psychologist, knows how to minister to the insecure, chivvy the slackers, enhance the strong and tend to the mercurial, there has never been any confusion that club, team and organization comes before the needs of any individual. Hence the expulsions of David Beckham (who had too much of an affinity for make-up), Cristiano Ronaldo (who had a yearning to play in Madrid) and Roy Keane, the longtime club captain, who had made 480 appearances for the club, before making the fatal mistake of making derogatory comments about some teammates. The latest head-on-the-block is Wayne Rooney, the barrel-chested Liverpudlian, whose infatuation with himself has been too much for Ferguson.

All the while Ferguson had to deal with the unpredictability of outside stakeholders. About eight years ago, an ugly spat with some Irish racehorse breeders, who owned about a third of the Club, resulted in its sale to the Glazer family of Miami. At the time, Manchester United was a publicly traded company with healthy profits. The Glazers, who operate their own down-market version of the buyout business, have since sucked out over $1 billion dollars to either pay interest on the debt beneath which they buried the club or pocket for themselves. This dwarfs the total amount Ferguson has spent on buying players during his entire time at the Club.

Ferguson left the field on Sunday with his team as strong – and young – as ever: the best bequest that anyone can leave a successor. He had already encouraged United fans to support his successor in tough times as well as good. Like Ferguson, Manchester United’s new manager, David Moyes, is a hardened Scot whose heavy accent sometimes makes him just as difficult to understand.

Meantime, Manchester City, who with the exception of their Championship winning season in 2012, have long operated in United’s shadow just appointed a new Manager. Brian Kidd will be the 19th Manager appointed at Manchester City during Ferguson’s time at Old Trafford. In his younger days, Kidd was a United Player. He then spent a decade serving as Assistant Manager to the man whose ghost will always be in the dugout — Alex Ferguson.