Murray is the Best in the World at Listening.
Here’s how he does it. 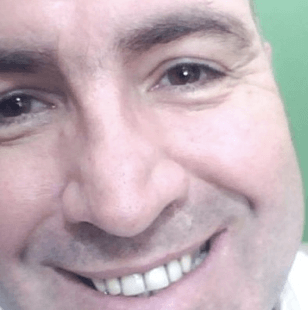 Murray is our resident Solutions Director at Natural, which means he coaches our teams to win more deals, and trains our people to provide epic client service.

Murray is an excellent listener.  He listens so well that he gets to the truth of everything quicker. And he is extremely well-liked by clients and colleagues.

I’ve been watching how Murray does it since he joined us this year in a full-time role.  If you want to be a world-class listener like Murray, then here’s how you can do it:

Murray knows that he doesn’t have to show his IQ, or EQ, by asking complex questions.  He asks them very simply – questions such as; “How are you?”  “What’s happening in your world?”  “Anything troubling you?”  “How can I help?”  Murray could ask lots of big, elaborate, wordy, repetitive, complex questions, but he uses all his brain power to listen instead.  Because he is Murray, and he’s a world-class listener. 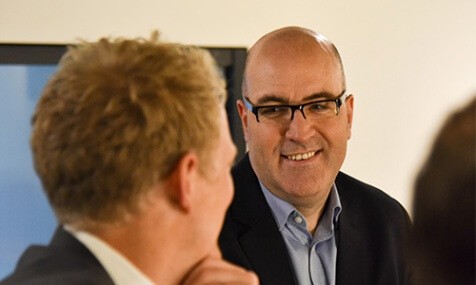 Murray uses eye contact to actively demonstrate his listening.  Note:  Murray doesn’t stare.  No-one likes people who stare.   Instead, he maintains a great level of eye contact, not wandering with his eyes or showing a lack of focus.  This is why Murray is a top-drawer listening Ninja.

Murray learned years ago that a 3-year-old can tell if their Daddy skips a page during the night time story.  Likewise, Murray knows that an adult would be able to tell if he tried to speed things up rather than listen.  Murray doesn’t try and speed them up or manipulate their answers by inputting his own spin or agenda.  Murray takes every bit of bias out of his questions, and his statements.  This ensures Murray is a gold-medal listener.

4)    Murray processes what he hears

If Murray was made by Intel, he would be a Corei7.  He thinks through things quickly, and clearly.  He always seems to have the right question to ask that builds on his previous point.  But Murray wasn’t made by Intel.  To compensate for his humanness, he instead uses his superpowers of listening to fuel his processing power.  He takes in what the other human is saying, and works it around his head, but still doesn’t blurt out an answer (see next point).  That makes Murray the undisputed Champion of Listening.

5)    Murray doesn’t offer his opinion until he is asked.

Murray is super smart, so by extension he must have lots of opinions.  He must know what people are going to say before they say it.  He must have a small Murray inside waiting to jump out and get to a solution.  But he never, ever, offers his opinion until asked.  That way, he gives everyone a chance to reach their own conclusions.  That way, Murray knows there a much higher chance of them behaving in a way that is consistent with what he might have suggested anyway.  It’s now their idea.  That’s what makes Murray the world’s greatest listener.

Murray is so good at listening that he is currently writing 100% of the training that we provide in our sales transformation programmes.  If you, or the team, needs to develop world class listening skills, then feel free to contact Murray anytime. Or come in and experience his super human listening skills at our new offices near Aldgate East in a cool part of the City of London.